Our region hosts many interesting and unique Film Festivals for all audiences.  We encourage you to support these festivals and especially our local filmmakers who may have scheduled screenings!

Festival Organizers: Post calls for entries on our Event Calendar and give us the info to let us share the news on social media!  Want your festival included here?  Email mail@film.org with your festival’s information. 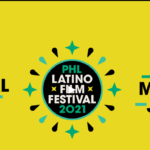 The Philadelphia Latino Film Festival (PHLAFF) was established in 2012 and has become the Greater Philadelphia region’s only festival showcasing the extraordinary and innovative work of emerging and established Latin American and Latino filmmakers.

Each year, the Festival includes screenings of groundbreaking works from all genres. Festival programs attract a diverse audience, developing a new space in the Philadelphia region where filmmakers, actors, and producers can meet with other artists, engage with audiences and present and discuss innovative work.

The BlackStar Film Festival’s mission is to celebrate the visual and storytelling traditions of the African diaspora and to showcase film and video works by and about black people from across the globe. 2021 lineup will be announced in July.
Date: August, 2021
www.blackstarfest.org 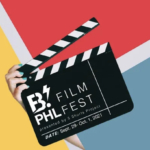 The B. PHL Film Fest

The B. PHL Film Fest presented by 5 Shorts Project is back for its second year and we’re looking to highlight more filmmakers from around the region and beyond. Last year’s film fest had some amazing short films, including an official Tribeca Film Fest selection! This year, we want to show more short films in even more genres during all 3 days of B. PHL, September 29- October 1. www.bphlfest.com

The 5 Shorts Project of CultureTrust Greater Philadelphia is a digital media and performing arts training program that is owned and operated by Shameka Sawyer, an African American filmmaker in Philadelphia, PA. They teach individuals how to produce video, film, and theatre content via hands-on training. Their mission is to empower underserved communities with the skills to create media that represents diverse cultures in society via the arts. www.5shorts.org. 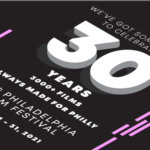 Every October, the Philadelphia Film Society hosts the Philadelphia Film Festival which gathers more than 25,000 dedicated film lovers and scores of talented filmmakers for eleven exceptional days of cinematic splendor. Throughout the year, PFS’s artistic team scours the world’s most prestigious film festivals – from Sundance to Berlin, Cannes to Toronto – for the year’s most highly anticipated, critically acclaimed, and thought provoking films. The Festival presents these films alongside exclusive events with actors, directors, and industry guests; VIP receptions; and much more that highlights Philadelphia as a place where film is flourishing.

As a world-class film festival, PFF represents a major contribution to the cultural life of the city and region. It presents, on average, more than 100 films and draws industry guests and panelists and fosters an interactive community of film professionals and supporters. By presenting and designing programs with a variety of partners, PFS is able to create opportunities that reduce barriers to interacting with film attracting new audiences to PFS and the film community at large.

Since our inception in 1996, we have become one of the fastest growing truly independent film fests in Philadelphia and Los Angeles.

Welcome to our 22nd year of producing film festivals!Named the Top Rated Film Festivals on Film Freeway!
named five times as one of the “Best Film Festival Investments” and “50 Film Festivals Worth the Entry Fee” by Movie Maker Magazine and “One of the Festivals for the Rest of Us” by Time Magazine, FirstGlance has become a leader in mid-sized film festivals.

Philadelphia Asian American Film & Filmmakers is a volunteer run nonprofit organization founded in 2008 to educate and expose the Philadelphia region to films by and about Asian Americans primarily through an annual film festival as well as year round events.

Filmmakers from all over the Philadelphia, PA area will compete to see who can make the best short film in only 48 hours. The winning film will go up against films from around the world at Filmapalooza 2022 for a chance at the grand prize and an opportunity to screen at the Cannes Film Festival 2022 Short Film Corner.