By using our service, you authorize us to use any trusted third-party online and cloud-based services and databases for hosting, managing and/or transmitting your submission file(s).

The Grand Prize in Honor of Mike Jackson, sponsored by Hallee & David Adelman

The Oscar Micheaux Award for a Screenwriter of the African Diaspora, sponsored by Progressive Change, CDC and VestedIn

The Student Award, sponsored by the Derek Freese Film Foundation

Congratulations to the 2020 “Set in Philadelphia” Screenwriting Competition (SIP) Winners! And thanks to all who submitted.

And the winners of the 2020 “Set in Philadelphia” Screenwriting Competition are: 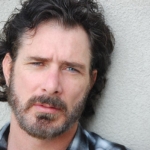 Law Crimlis was born and raised in the Wissinoming section of Northeast Philly. He was a founding member of the Actors’ Theater Company of Philadelphia where his original play “Get Crackin” was workshopped and performed. Crimlis went on to write screenplays “Creep,” “American Tool and Die,” “Farewell Astroland,” and “Wish.” He has also written the TV pilots “Panhandlers,” “Gold,” and “Free-For-All.” Never having submitted his work to any screenwriting contest before, Crimlis hoped the salient subject matter of the MOVE bombing in his screenplay, “Wish,” would resonate within the community.

Logline: A white “hero” cop from Philly (saved a child in the MOVE bombing) must decide between lying to the Move Grand Jury in order to save the lives of three corrupt cops accused of murdering six unarmed children, burning down 61 row homes and destroying an entire working-class black community or risk himself and his bi-racial son both being killed.

Sponsored by Comcast and NBC Universal

“The Immune” by Philip Malaczewski 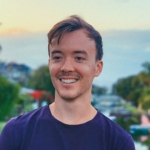 Born and raised in Northeast Philadelphia, Philip Malaczewski has been screenwriting and working in the film and TV industries for over 10 years. His love of film writing began as a teenager when he would read the weekly film reviews in the Philadelphia Inquirer. At the University of Pennsylvania, he majored in Cinema Studies and wrote film reviews for 34th Street Magazine and Philadelphia Weekly before transitioning to writing screenplays in his post-college years. He’s worked in both film and TV distribution and production, including stints at Breaking Glass Pictures and Xfinity TV. In 2019, Philip moved to Los Angeles, where he continues to write spec scripts, freelances as a movie poster and DVD packaging designer, and occasionally appears as a background actor on TV shows.

Logline: In a post-COVID near future, a second, more devastating pandemic wipes out themajority of the world’s population, but spares many gay men and sex workers who happened tobe on PrEP, the anti-HIV medication. Now, a commune of survivors on the outskirts of Philadelphia must fight to survive in a world of warring clans, rapidly dwindling resources, andincreasingly precious stockpiles of their life-saving medicine.

$2,500 award for Best Screenplay by a Philadelphia-area resident of the African Diaspora

The Line by Craig Bolton 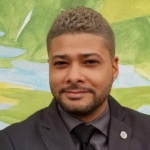 Craig Bolton is a life-long Philadelphia resident and film-lover with an interest in historical and speculative fiction. Possessing cross-media training and experience, Craig’s written works include academic essays, short stories, long-form fiction, and screenplays that give context to America’s formative histories as well as speculate on their future legacies.

After earning media and communications degrees from Community College of Philadelphia, Craig graduated from La Salle University with a B.A. in public relations followed by an M.A. in strategic communications. During his study, Craig cultivated experience in literary analysis and won recognition for his short stories and novel excerpts.

With over a decade of community nonprofit experience, Craig now applies his fascination withfilm narrative to community-building work for the Philadelphia Film Society where he runs the organization’s membership program and curates its member events and film screenings.

In 1970s Philadelphia, four cops navigate their own moralities as they try to do good amid escalating racial tensions, violence, and opposing views on right and wrong.

Sponsored by Laurie Lo Presti & Ron Masciantonio
$5,000 award for the best feature or TV pilot written by a female screenwriter who has strong ties to the Greater Philadelphia area (new for 2020)

“Power of Balance” by Kiz Mentor 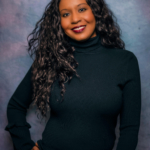 Kiz Mentor is a screenwriter and an award-winning independent film producer hailing from Philadelphia. She has invested in the study, development, and execution of her craft by working in an array of positions ranging from development, production, and marketing in Hollywood’s top tier studios (Twentieth Century Fox, HBO and Universal).

With over 10 years of entertainment business experience, she has a proven track record and knowledge of television, film, pop culture, and emerging trends.

Kiz is currently the Program Manager for the Online Movie Club at Lil Filmmakers Inc., where she trains young, underserved artists to learn storytelling and the arts as a tool to overcome societal and personal barriers and prepare them for career opportunities in the entertainment media industry.

When a 16-year-old girl gets infected by a mysterious liquid, she gives birth to a childwho goes on to become an icon for the oppressed and a target of a government organization.

“Prospects and Prophecies” by Matthew Frishkoff

Matt Frishkoff lived in West Philadelphia his entire childhood and graduated from Central High School in 2017. He is a current senior at Wesleyan University, where he is studying Film and Mathematics. He is passionate about scriptwriting, especially for stories involving elements of fantasy and science fiction. In his free time he enjoys binge watching television shows, playing video games, and talking about Philadelphia’s ports with his younger brother. He is also a captain on the Wesleyan Men’s Cross Country and Track teams.

Logline: Set in a world in which fantasy adventurers are treated like modern day celebrities/sports stars, “Prospects and Prophecies” follows the stories of different aspiring and rising heroes as they try to save the world and handle the complexities of the fame that come along with it.